Christmas is coming and the goose is getting fat.

Goose may not be on the menu, but if you join us at Jagz in Ascot, you can savour a delicious carvery Sunday Roast along with some of the best live music around. 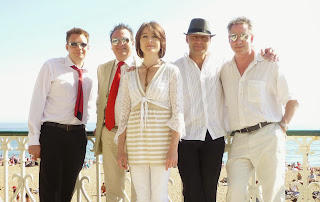 The Claire Phoenix Band will be performing at this popular venue within walking distance of Ascot railway station, from 12.30 on Sunday 1st December.


Come and enjoy some fabulous live music from one of the most accomplished bands in the South, in a warm, but ‘cool’, relaxed atmosphere with superb cuisine.

The Claire Phoenix Band is a chic five piece band who specialise in Jazz, Soul, Swing, Latin and Retro Pop.

You can expect to delight in exquisite interpretations of classic Jazz masterpieces from the band’s highly acclaimed album, Diamond Lives, as well as a selection of contemporary popular tunes made famous by the likes of Dusty Springfield, Carole King and Carly Simon, among others.

Claire Phoenix demonstrates the pedigree of her musical upbringing (the daughter of classical / jazz musicians) combined with her comprehensive training and wealth of experience, as she delivers a varied repertoire with such depth and passion, making each song her own.

Claire is blessed with a band of individual masters of their craft who combine as a powerful unit which both complements her extensive range and raises the bar of their own vast abilities. They also display a number of quirky characteristics.

Simon (Mister Dry-as-a-Bone) Spratley – Keyboards
“Simon displays flashes of brilliance at unpredictable moments” according to Claire; Simon also has an 'off the wall' humour which "cracks us up often during a gig, such as trying to water the flower I am wearing on my lapel". Simon is indeed a highly qualified keyboard player who is also in demand with a number of other bands when he is not tickling the ivories for the Claire Phoenix Band.

Ian Tompson – Saxophones
Ian brings a depth and variety to the band’s repertoire, as well as a great deal of experience, having played in various jazz, blues and fusion projects over a period of two decades.  Ian has played all over the world and also leads his own Jazz Funk Band.

Steve Grattan - Bass, Acoustic Guitar, Technician
Steve is the technician of the band. “Mr Versatile” is clearly the master of all trades. Steve’s bass playing on the band’s live recordings is exemplary. He also accompanies Claire on acoustic guitar when the two appear as a duo. Steve is responsible for the website, as well as the top sound quality that is a feature of the Claire Phoenix Band’s live appearances.

Tom Vincent – Drums
Tom is a highly respected session drummer who has appeared with Dame Shirley Bassey, among others; he also has several appearances in bands and orchestras at the iconic Royal Albert Hall to his credit. Tom teaches drums of all kinds as well as a variety of percussion instruments. Tom is known to play his drums bare footed.

Claire is currently working on an album of original material. The songs reflect on Claire's personal journey, dealing with real issues and experiences. The songs are jazz-influenced and "honest"; Claire points out, however, that she wouldn't like to label them too specifically, as "one's work is just what comes naturally".

The album, entitled "The Move Inside", will largely feature vocal / piano pieces with other instruments joining in occasionally. A few tracks will feature full band arrangements. 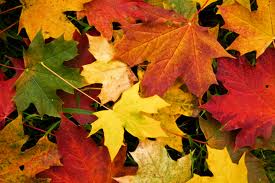 The surreal setting of a woodland listening to night club jazz.

The weather was kinder than was to be the case within the hour.

Passing children were attracted by the rhythms and the sight of the lady in red supported by her excellent band of musicians.


A young father was pointing out to his child the skillful saxophone playing  by Ian Tompson.

A number of young children danced to the side of the small marquee housing the 'stage' area. Parents dutifully stood by their offspring, who were, probably for the first time, being exposed to proper live music.

The Mums and Dads had attention spans, noticeably shorter than their entranced youngsters, as they pulled Tarquin and Tabatha away to explore the joys of pony riding or face painting.

"Summertime" was delivered with the usual high standard of professionalism associated with this tightly knit unit. "Blue Skies" summed up the scene perfectly.

"Autumn Leaves" was a highly appropriate choice, given the golden brown carpet that nature had thoughtfully provided.

Claire's sensuous dance moves accentuated her sultry delivery of "Sway", enhanced by the crisp staccato sax breaks from Ian Tompson. I confess I feared for Claire's personal health and safety as she strutted around the uneven woodland ground in her stilettos.

A gust of wind carried a fresh shower of 'autumn leaves' from the overhead branches, rendering the band's previously mentioned classic a tad premature.

The sun took refuge behind the increasingly menacing clouds as the band concluded their first set with "If It Ain't Got That Swing". Each musician demonstrated his considerable prowess with his particular instrument, culminating in a tumultuous drum solo by Tom Vincent.

Claire and her intrepid band took a well earned interlude with the promise of more to come. The elements were having none of it though; the heavens opened and it was all hands on deck to protect the instruments and electrics from the pouring rain which swept in beneath the flimsy canvas.

A fabulous set brought to an untimely conclusion.

Posted by Claire Phoenix Band at 09:13 No comments: